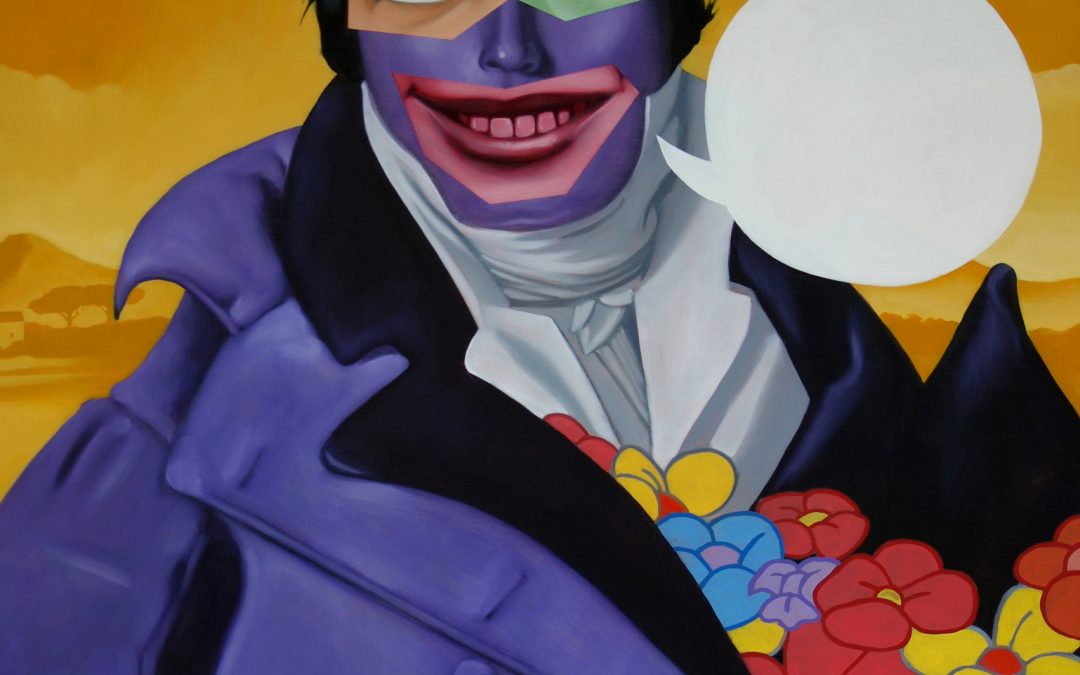 The Modbo presents June’s First Friday: “REMIX, REWORK, REFRAME” by Cymon Padilla. The opening reception is from 5:00 pm until midnight on Friday, June 1st with live music by My Name Is Harriett at 9 pm. The show runs through Friday, June 29th. The Modbo is located in the Arts Alley in downtown Colorado Springs at 17C E. Bijou. Find the stretch of Bijou that is between Cascade and Tejon, and go south down the alley. Street parking is available, but The Modbo recommends the lot on Cascade just north of Bijou, which is only a $1 after 3 pm. The Modbo can be reached at themodbo@gmail.com, themodbo.com, or 633-4240.

REMIX, REWORK, REFRAME is a continuation of Cymon Padilla’s series on the work of artist Jean-Auguste-Dominque Ingres, and also includes several new paintings which explore themes of nostalgia, memory, history, and pop culture.  NIneteenth century French neoclassical artist Jean-Auguste-Dominique Ingres drew and painted portraits which possess subtle anatomical distortions, simultaneously giving his figures a sense of vitality as well as an otherworldly cartoonishness. In this series, Padilla pays homage to Ingres by pushing those distortions near the breaking point. The figures are warped and collaged with digital tools, and then painted using traditional methods employed by Ingres in his own time. Not only is the figurative/spatial axis distorted, but also the temporal one — mixed with portraits of French nobility already dead by the late 1800’s are products from twentieth century advertising, fragments of cartoons from Padilla’s own childhood, and visual elements pulled from digital culture.  Each piece in this series is a lense through which we can appreciate the artistic achievements of the past and also a mirror that reflects our own disorienting present.

Cymon Padilla was born and raised in Colorado Springs and has had a lifelong interest in drawing and painting. These interests crystallized in his first oil painting class at Pikes Peak Community College,  where he received his Associate of Arts degree in 2012. His work exploits traditional oil painting techniques to explore the worlds of art history and pop culture.