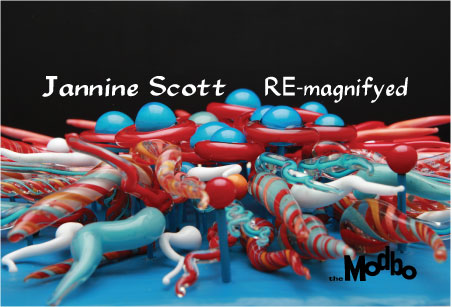 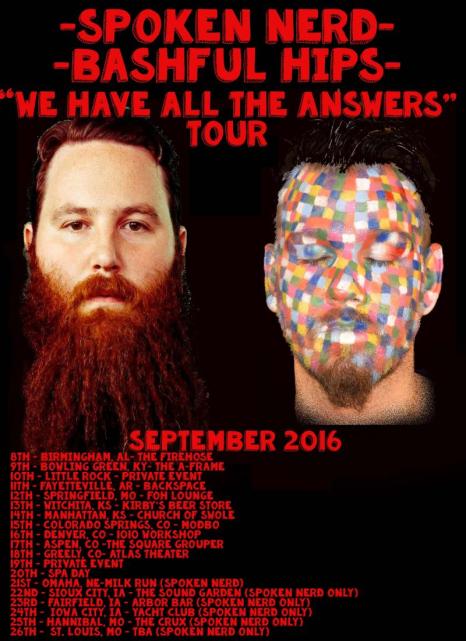 The Modbo and S.P.Q.R. present September’s First Friday on September 2nd, 2016.  In The Modbo, you’ll see “RE-magnifyed” by Jannine Scott.  Meanwhile, in S.P.Q.R., it’s “Hollywood Babylon” by Doug Mansfield.  Both shows are open Friday nights through September 30th.  The opening reception on September 2nd will go from 5:30 pm til midnight.  The Modbo and S.P.Q.R. are located at 17b and 17c East Bijou, 80903.  More information at themodbo.com or by calling 633-4240 or emailing themodbo@gmail.com

Jannine Scott has been exploring and obsessing over the molten magic of lampworking glass since 1999, and teaching bead making with Italian soft glass  for 10 years.  This collection, RE-magnifyed, is a fusion of techniques learned throughout this time, combined to create wall sculpture, small free-standing sculptures, as well as high fashion hair pieces (in collaboration with KJ Murphy).  The vibrant colors and shapes are reminiscent of Dr.Seuss and Willy Wonka….The work is edgy and unique. Some wall sculptures have over 200 small, detailed pieces of glass on steel, framed and mounted.  Future projects include: LED lit wall pieces and sconces, utilizing electro-burned wood panels as a canvas for the glass, as well as experimenting with moving parts and water.  This collection is the very first expression of wall art for this Colorado native.

Doug Mansfield is an artist, illustrator and musician working and living in Colorado Springs. Doug has played in bands and created art since the late 1980’s but most notably known for being the guitar player and songwriter for the underground Punk Rock band The Mansfields. Since 1998 The Mansfields have been writing, recording, and touring creating a brand of music that they live and love. Underground Punk Rock, Cartoons, Lowbrow, Hot Rods, Rockabilly, Tattoos, & Monsters have been the inspiration for Doug’s art and music. “I just want to create some cool art that inspires people. This is a lifestyle that I love to create and exist in,” says Mansfield.  Doug works mostly with acrylic paint on panel but also likes illustration and photography. When The Mansfields would play shows, Doug and band mate Dave would create everything from the flyers to the t-shirts. “DIY was not what I set out to do,” says Doug, “but that’s what ended up happening, and now it is so ingrained in what I do that I couldn’t imagine turning any aspect of art making over to anyone else.”  Doug’s latest venture, “Hollywood Babylon,” is a collection of paintings that coincide with the 14 tracks that will grace the new record by The Mansfields.