September’s Show at The Modbo: In Memoriam: Works by the Late Laurel Swab 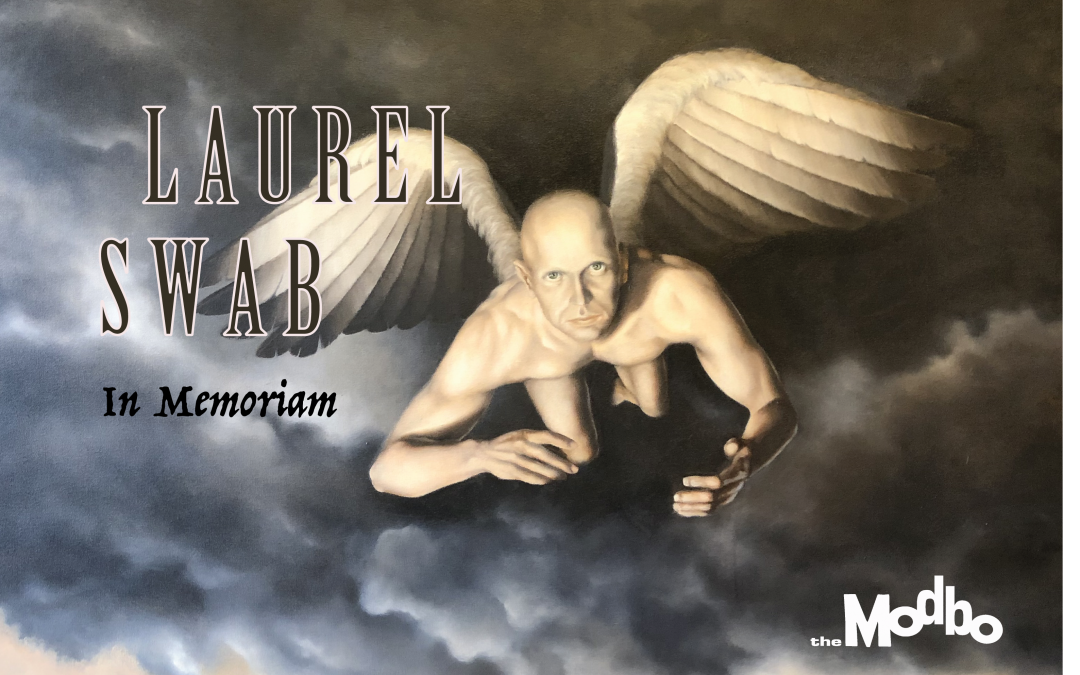 The Modbo is honored to present September’s First Friday: “In Memoriam: Works by the Late Laurel Swab.”  Swab was a talented and prolific local artist with a masterful grip on surrealism. She died in September of 2018 after an eight month battle with leukemia.  A celebration of her life and talent, this show will feature work both for sale and from private collections. The opening reception is from 5:00 pm until midnight on Friday, September 6th.  The show runs through Friday, September 27th. In addition to the opening reception, the gallery is open on Friday evenings from 4-7 pm or by appointment. The Modbo is located in the Arts Alley in downtown Colorado Springs at 17C E. Bijou. Find the stretch of Bijou that is between Cascade and Tejon, and go south down the alley. Street parking is available, but The Modbo recommends the lot on Cascade just north of Bijou, which is only $1 after 3 pm. The Modbo can be reached at themodbo@gmail.com, themodbo.com, or 633-4240.

Laurel Ellen Swab was born on June 30th,1969, in Louisville, Kentucky. She lived most of her life in Colorado Springs, Colorado. She chose Kansas City Art Institute for her college education. After sampling graphic design and sculpture, she graduated with honors with a degree in Fiber Arts. After graduation, she worked for the Colorado Springs Fine Arts Center where she was their exhibits preparator. She was a self-taught sculptor, mastering many materials and techniques. After a trip to Italy she turned to painting and soon became accomplished in the figurative, still life, surrealism and portraiture genres. She was also a muralist, illuminating the walls and ceilings of several homes of prominent residents of the city. In 2012, she married Austin Cole Hartman and took up residence on 20 acres of beautiful land between the towns of Cripple Creek and Guffey. Laurel began designing and making jewelry.  She and Austin developed a passion for Colorado gemstones and crystals. Together they prospected their mineral claims for topaz, aquamarine, amazonite, smoky quartz and fluorite. Laurel faceted gems from topaz, aquamarine, and smoky quartz and others. On September 9, 2018, Laurel lost her eight month-long battle against leukemia.