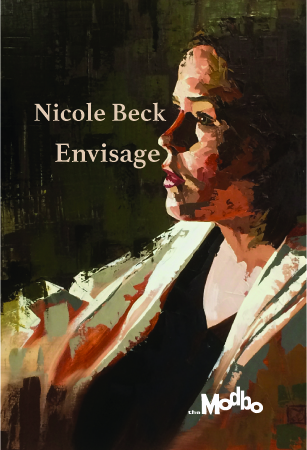 The Modbo presents April’s First Friday: a gorgeous show of female portraiture by Nicole Beck entitled “Envisage.” The opening reception is from 5:00 pm until midnight on Friday, April 6th.  The show runs through Friday, April 27th.  The Modbo is located in the Arts Alley in downtown Colorado Springs at 17C E. Bijou.  Find the stretch of Bijou that is between Cascade and Tejon, and go south down the alley. Street parking is available, but The Modbo recommends the lot on Cascade just north of Bijou, which is only a $1 after 3 pm. The Modbo can be reached at themodbo@gmail.com, themodbo.com, or 633-4240.

In her new series, Nicole Beck seeks to present to the viewer two views of female portraiture, blending the modern and contemporary. Long a major source of inspiration for artists, women are generally depicted as either beacons of innocence or liberation: Saint or Siren. Beck’s paintings explore individuality, leaving the viewer freedom in how they wish to view the subjects in each painting. As a collection of paintings of self, friends, family and acquaintances, the painter tries to infuse respect for individuality and identity into each piece.

Nicole Beck, from Memphis Tennessee, is a recent addition to the Colorado Springs art community, beginning to establish her painting career soon after moving into the area. She originally earned a minor in fine art at Mississippi State University, where she was blessed to sit under painting and drawing instructors who continue to be an influence in her creative process. Recently establishing a permanent drawing/ painting studio in the city, Nicole continues to primarily explore portraiture, figure studies, and abstract experimentalism. When not painting, Nicole works part-time as a NICU nurse, and enjoys cooking, reading, and wandering around CO with her husband and Tamaskan dog.