March’s First Friday at The Modbo: Floating Through the West by Patrick Kochanasz 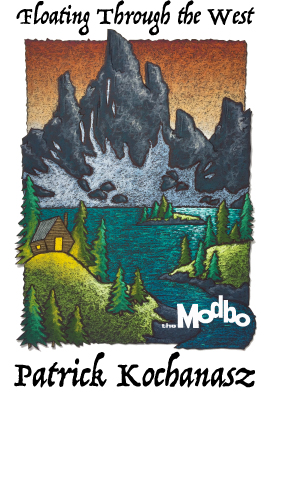 The Modbo presents March’s First Friday: “Floating Through the West” by Patrick Kochanasz.  The opening reception is from 5:00 pm until midnight on Friday, March 1st. The show runs through Friday, March 29th. The Modbo is located in the Arts Alley in downtown Colorado Springs at 17C E. Bijou. Find the stretch of Bijou that is between Cascade and Tejon, and go south down the alley. Street parking is available, but The Modbo recommends the lot on Cascade just north of Bijou, which is only $1 after 3 pm. The Modbo can be reached at themodbo@gmail.com, themodbo.com, or 633-4240.

Patrick Kochanasz is a native of Eastern Pennsylvania, where he studied at The Baum School of Art for several years. Captivated by the luminosity and tactile nature of soft pastels, he began studying the medium earnestly in 2004. He moved to Colorado Springs in 2011 and quickly fell under the Rocky Mountains’ beautiful spell. Kochanasz is available for private commissions and gallery collection proposals.

“Floating Through the West” merges both realistic and dreamlike elements, to create a whimsical, capricious, “floating” interpretation of nature. Kochanasz employs a number of distinct techniques in capturing this vision, including: the utilization of black paper, unusual edge cuts, the omission of blending tools, a textured appearance, as well as the incorporation of hard black lines around most elements within the frame. His landscapes are largely inspired by places he’s lived and explored- including Pennsylvania, Vermont and Colorado. Kochanasz strives to evoke the viewer’s sentiment of “I want to be there,” a sense of spatial desire. For the artist, the process of producing art is a very inward and grounding experience. His imaginative search for peaceful seclusion often manifests itself as an isolated cabin nestled among an idyllic land.